Apulia’s traditional cooking owes its success to the region’s most basic products: durum wheat, tomatoes, olive oil and wine. Each of these staple ingredients is at the basis of a great number of dishes that enrich the local cuisine.

Apulia’s traditional cooking owes its success to the region’s most basic products: durum wheat, tomatoes, olive oil and wine.
Each of these staple ingredients is at the basis of a great number of dishes that enrich the local cuisine.
The famous Apulian bread, so fragrant and delicious, is made from durum wheat also employed in the preparation of both homemade pasta kinds ( orecchiette , capunti, cavatelli, strascinati) as well as mass-produced varieties ( spaghetti,zitoni, tagliatelle).
Mouth-watering sauces are made from tomatoes,sometimes with the addition of meat mussels or vegetables.

Olive oil, a highly recommended ingredients by dieticians is used in all local dishes, whether raw or cooked, it gives them the particular taste of this region. Olives are not only used for their oil but also eaten whole in a variety of ways: in water, under salt, in brine, in limewater, or with chilli and mint. Green, yellow and black ones can be bought from street stalls during public holidays; with the delicious bread, they are perfect as snack or starters or for a picnic. A good local meal should consist of pasta as first course, then a meat or fish dish, accompagne  by raw vagatables such celery, fennel, radishes, various salads, and finally fresh cheese and fruit – the genuine Mediterranean diet.
All of this should be washed down with local wine, which comes in a great variety of flavours: strong, mellow, dry, sweet, sparkling,red, white and rosè.
Apulia produces a great number of quality D.O.C. wines (Denomination of Controlled Origin and marks higher- quality wines).
Stronger wines are produced in the province of Taranto and shipped throughout the world to blend lighter qualities.
Meat dishes include: a mixed sausage called zampina, from Sammichele; lamb from the Murgia hills, or even mutton, stewed slowly in a tomato sauce from the ragù, or baked in a sealed earthenware pot alla r’zzaule.
Lamb can be cooked the classical way over an open fire, or in a broth with greens and beaten eggs, a dish called u cuturidd.
Many of the vegetables used in a local dishes, such a chicory and fennel,grow wild and represent the most distinctly natural component of the Apulian cuisine.
They are picked along the dry stone walls, along with mushrooms and snails, or tasty,  bitter tubers called lampascioni, which are either boiled and dressed with oil, vinegar and pepper, or fried or baked in one of the invaluable earthenware saucepans made by local potters.
The cultivated land produced vegetables and fruit as good as the wild-growing ones. Lettuce is grown around Polignano a Mare, while Trinitapoli is famous for its artichokes and Rutigliano for its widely exported grapes.
The sea deserves a special mention on its own. Apart from numerous types of fish, it supplies the mussels that are used for a great number of dishes, such as the gratin with rice and potatoes called tiella alla barese.
Anchovies, marinated in lemon juice, and small squid are eaten raw. Apulians have a real passion for raw seafood, and although it might look weird at first glance, it really is worthwhile tasting. 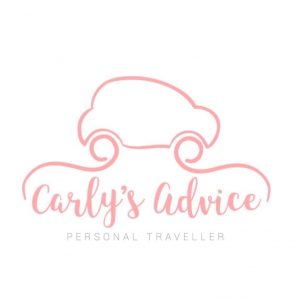